You love the sleek lines of your Xbox One, HDTV and Blu-ray player. Your entertainment and gaming setup is stylish, modern and full of awesome power. The only part that might detract is when you need to replenish the power of your Xbox One controllers. When you add this YCCTEAM Dual Controller Charger to your gaming setup, you’ll be able to recharge up to two controllers in an attractive way. The two 1200 mAh rechargeable batteries allow you to swap out the disposable ones you’ve been using and extend your action-packed adventures.

【Box Contains】
1 x Docking Station, 2 x Battery Pack, 1 x USB power cable, 1 x instruction manualXbox One Battery Pack: The rechargeable battery has a capacity of 1200mAh, which is more durable than other 500mAh and 1000mAh products. When fully charged, it will maintain 8-10 hours of playtime. Compared with disposable AA batteries, this rechargeable battery can save more money and make a great contribution to the environment. This Xbox One charging station has been upgraded to support a variety of Xbox One controllers, such as Xbox One, Xbox One S, Xbox One X and Xbox One Elite controllers
Xbox charger and 2 charging modes: We designed this xbox charger to have a stand function, and the original intention was to store your xbox controller when you don’t need to charging. At same time, you can easily find it when you need it. Because each section is individual, it can charge one controller at a time or even just the batteries. Since it can charge the battery directly, we recommend that you purchase two sets at a time, so you don’t have to worry about breaking the game.
Xbox one controller charger with 3 different shapes: Regarding the Xbox One controller charger, YCCTEAM has released three models with similar functions but different shapes to meet your different needs. Search for “YCCTEAM Xbox One Controller Charger” at Amazon. They all support charging the Xbox One,Xbox One S, Xbox One X, Xbox One Elite wireless controller.
Xbox Controller Charger indicator:This xbox one controller charger has LED Indicator light,you can check the battery level of your Xbox One controller anytime.The battery indicator is in the front of screen on your Xbox One charging station,red LED charge indicators turn to green once controllers are fully charged.This xbox one charger has charging protection.When the battery is fully charged, you don’t have to worry about damage to the controller even if you forget to remove the battery in time
BUY IT NOW: You can get a reliable, high-quality battery pack that runs perfectly to charge your Xbox controllers. If you have any question with the YCCTEAM controller charger on pre-sale or after-sale, please feel free to contact us, all messages would be replied within 24 hours.

There are no reviews yet.

As an Amazon and Ebay associate, we may earn commission from qualifying purchases.

You will be redirected to Amazon or Ebay  to complete payment. 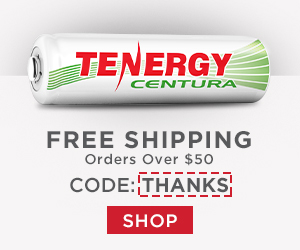